About pandemics, accident analysis models and (un)certainty: a model for COVID-19

Inicio / About pandemics, accident analysis models and (un)certainty: a model for COVID-19 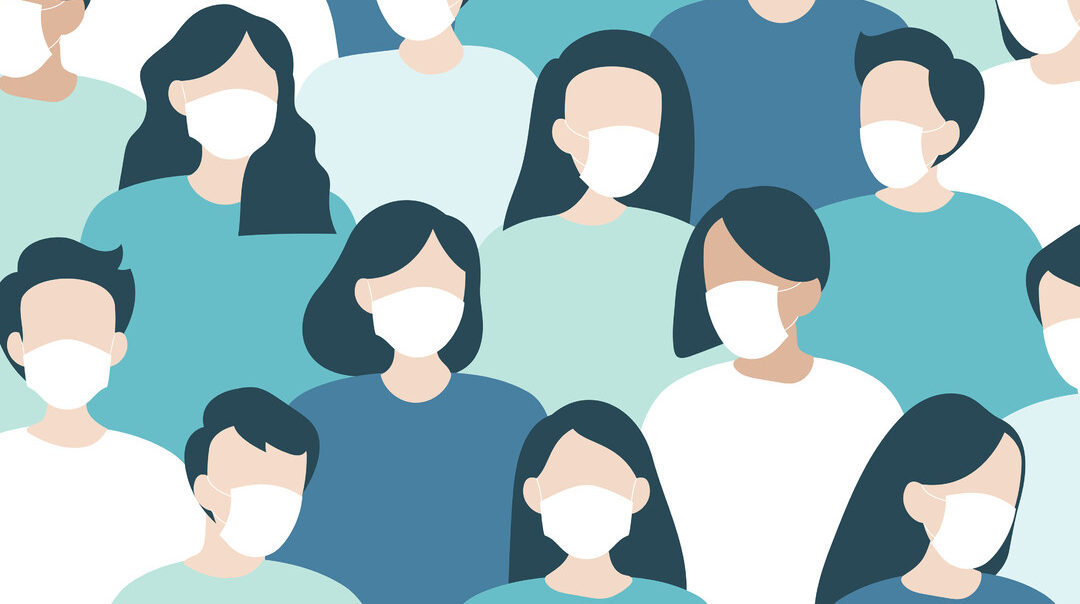 In 1931, a few years after the Great Influenza Pandemic of 1918, Heinrich published his book Industrial Accident Prevention with the famous pyramid and its domino effect model to explain the causes of the accidents and the influence of human error.

Most of us have ever used this pyramid trying to explain a relationship between the number of fatal, serious, minor accidents, incidents, etc. However, Heinrich speaks in his book about “injuries” not accidents. He puts the focus on the consequences and not on the event.

Therefore, we could use his model to analyze the development of a pandemic and to establish a linear relationship where less people with mild symptoms (or even asymptomatic if we would expand the pyramid a step further) would also decrease the severe cases and finally the number of deaths. 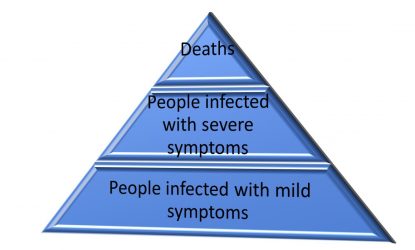 This idea of linearity (and proportionality) that underlies Heinrich’s model fits perfectly into simple systems (or at least simplified in our observations) and the immediate conclusion would be that by reducing the number of people infected, as if it were a domino, the number of serious cases and ultimately deaths would also be reduced.

This idea is tempting but during the last century it was seen that the model was too simple. In complex systems, or even in industries with high safety standards, accidents continued to happen. Some of them of notorious severity (nuclear sector, chemical, etc.).

And so, linear thinking evolved to reach the James Reason model known as the “Swiss cheese” model. In this model, accidents are caused by different causes, often latent, and placed at different levels of the organization that in certain circumstances overcome the existing barriers and generate the accident. This model has even used to show the different barriers to prevent a pandemic (coronavirus, malaria, etc.). 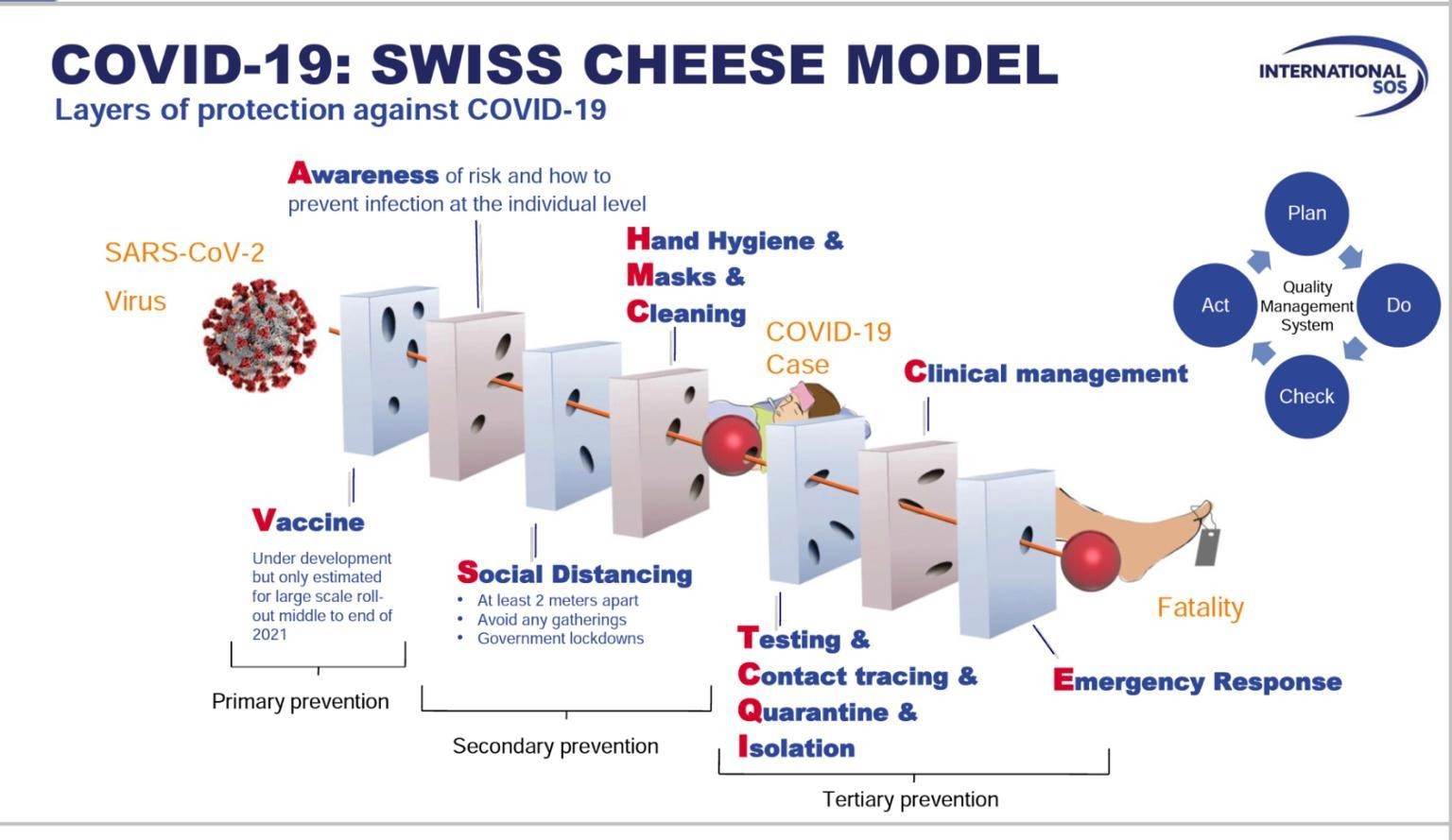 The great influenza pandemic of 1918 in Western Samoa

Among all the documented stories about the 1918 pandemic, we find one especially interesting for its apparent “simplicity” to be analyzed with this type of models. It is the one experienced in the Samoan islands in the South Pacific. At that time they were divided into Western Samoa (under the tutelage of New Zealand) and American Samoa (under the tutelage of the United States).

The virus arrived in Western Samoa on 7 November 1918 with a ship coming from New Zealand and with part of the crew already infected. In two months, a fifth of the population died. Instead, the governor of American Samoa, located a few miles away from Western Samoa, decreed a strict quarantine that resulted in no casualties. 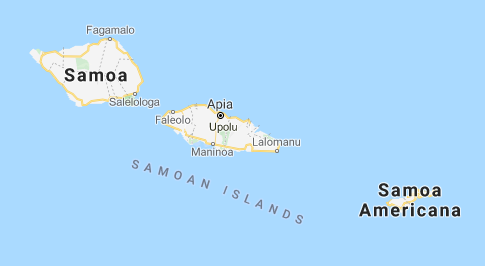 Relying on Heinrich’s model it would be easy to establish a similarity between the domino model and the circumstances that lead to the spreading of the disease among the population so that if you avoid the first contagion you manage to avoid the rest (the famous patient O?).

However, the reality is usually not so simple, not even in a small island in the Polynesia, and when we analyze in a superficial way the events that occurred in both islands it would be more appropriate to use the Swiss cheese model in which the need for several causes is pointed out.

We might think about the ease of quarantining on an island, simply blocking the port at the entrance of any outside ship (not counting the need for supplies to arrive), but these islands were known to nineteenth-century European explorers as “Navigator Islands” because of the Samoans’ skidding skills so the governor of American Samoa had to establish a system of alliances and convinced the tribal leaders so that there would not be a trickle of contacts between the different islands.

As a summary, these would be the most relevant facts in both islands that could be organized in one of the different representations of the Swiss cheese model, establishing the failures/successes at the different levels (organization, environment and individual) that led to such opposite results.

Heinrich’s and Reason’s models share to varying degrees the idea of linearity, cause-effect relationships and probability of error and they are the ideas we have in mind in an accident investigation or in a risk assessment.

However, in the mid-twentieth century some researchers already recorded the limitation of this linear approach and the difficulty of clearly establishing cause-effect relationships, at least in complex systems. They went on to understand some systems as “tangent” structures that feed back as shown in the following figure that describes the development of related processes in the economic field.

An alternative way of understanding the development of a pandemic with this approach would be the following, understanding that we are no longer talking about the parts of a linear system with a certain probability of “failing” but about functions in a dynamic system that have a potential “variability” that in turn influences individually or in aggregate the development of the entire system. 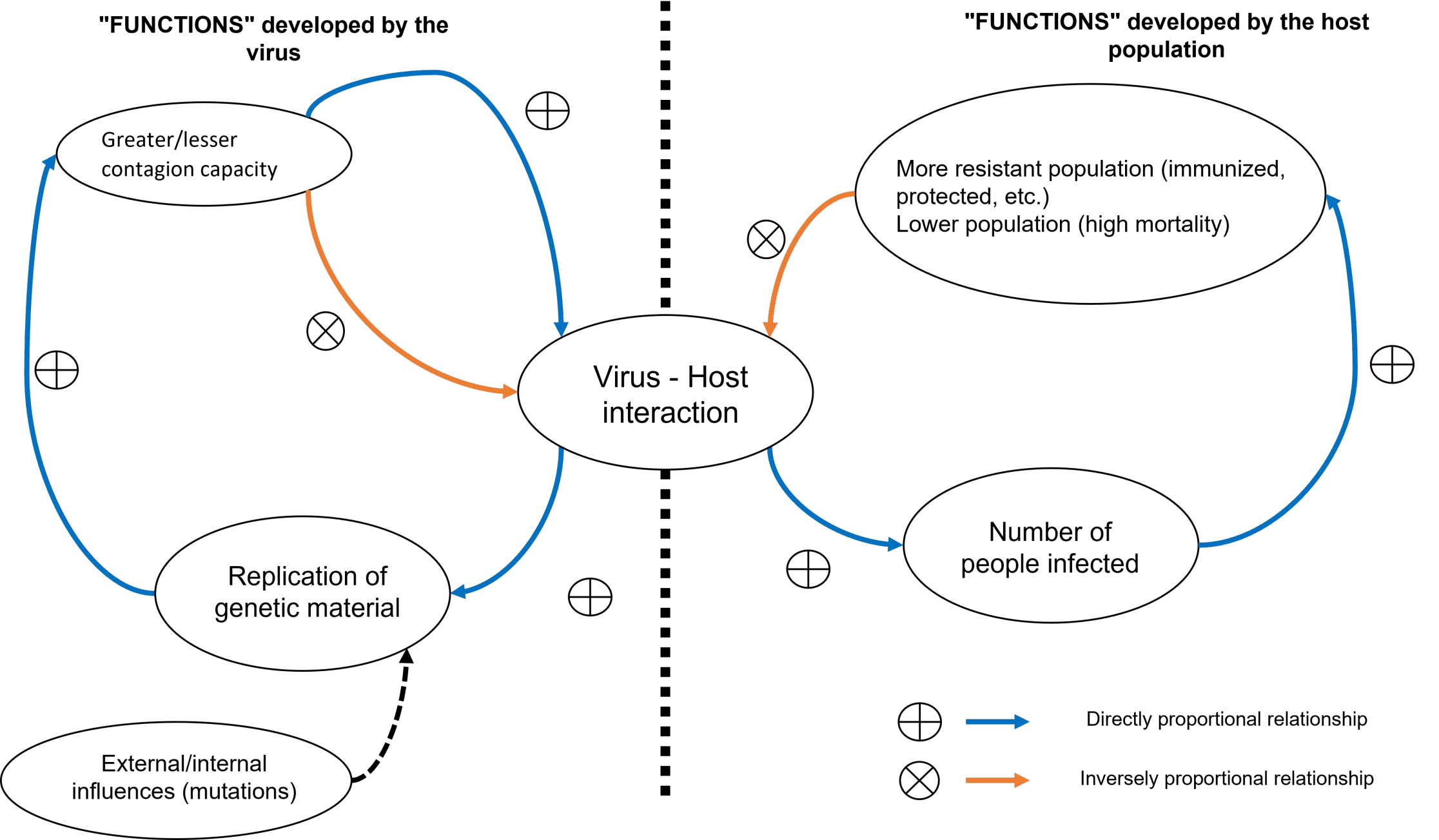 This type of thinking is the conceptual basis of systemic models such as the Functional Resonance Analysis Method (FRAM) of the Professor Erik Hollnagel. In this model, the functions of a system are interrelated based on six aspects that characterize them and that are graphically represented by hexagons related according to the dependence between functions. 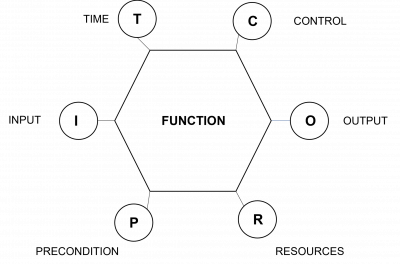 Following the example of pandemics, a possible graphical representation using the FRAM would be as follows: 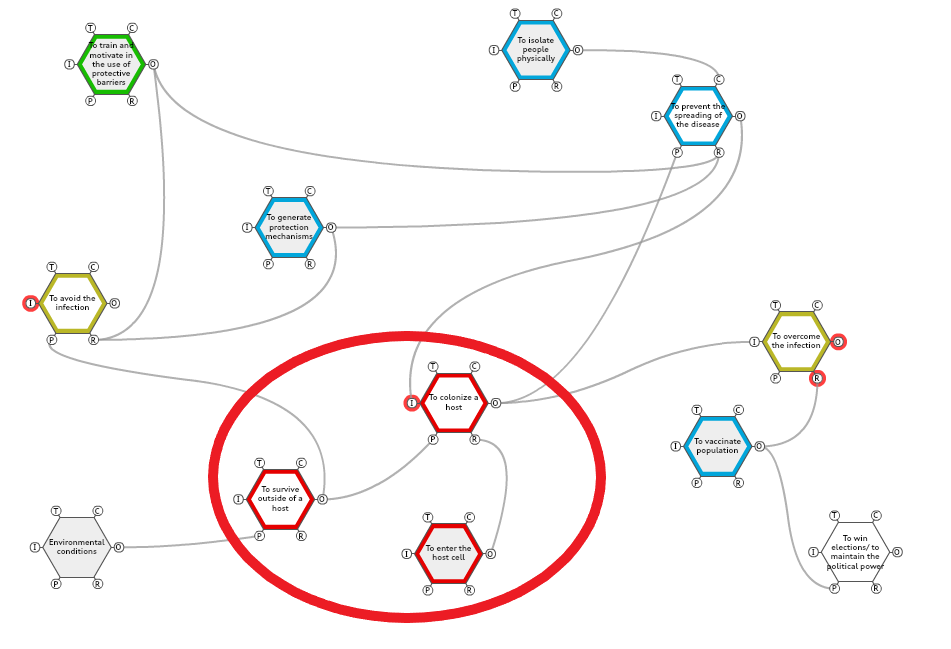 Although graphically it is both interesting but complex what really adds value are the principles in which the method is based:

– Equivalence between failures and successes. It is assumed that the origin of both is in the variability of the system and not in a binary system where success has an origin (usually following the rules, the correct functioning of a piece, etc.) while failure has the opposite origin (skipping the rules, breaking a piece, etc.).

– Approximate adjustments. In socio-technical systems our knowledge about the operation of the system is always limited which makes, together with the limited availability of resources, that we constantly must adapt to our decisions and actions to the existing degree of knowledge.

– Emerging results.  In relatively simple systems, where their parts can be easily decomposed, the causes can be as real as the effects produced. However, in socio-technical systems the effects can be produced by transient phenomena that must be “reconstructed” rather than “found”.

– Resonance.  The last principle reflects that the dependencies between functions go beyond cause-effect relationships and are more similar to the tangent structures that we mentioned earlier so that a small variation in the mutation of a virus could “emerge” as one of the causes that combined with the rest of the functions of a system (health policies, capacity of the health system, population density, population pyramid, etc.) ends in an undesirable outcome such as a high mortality. Recalling the famous butterfly effect, we could talk about the flutter of a bat in one part of the world can cause a collapse at the other end of the world.

I would not dare to say that one model of thinking is better than the other although clearly to understand the world in which we live I have a predilection for Hollnagel’s ideas. One point to consider when choosing one model or another is the level of detail at which we are moving to understand the system analyzed.

For instance, I would not use FRAM to analyze a fall from a ladder but I would use it to analyze the whole system that leads to the previous conditions so that at a given moment that accident occurs and yet at another very similar moment it does not occur. Because that is one of the most powerful ideas behind this model. The idea that certainty is given only by the retrospective of the situation studied but that we live in the uncertainty generated by the variability of the system itself.

It is not a question of disdaining “old” models in favor of “new” models without a critical analysis. We must remember the fundamentals of the scientific method in our profession as my old zoology book explained better in its introduction:

Science is a dynamic process taking place simultaneously on many fronts. Hypotheses are framed, experiments and tests are devised, theories are supported or rejected, and no conclusion is beyond revision if new observations or results warrant the change. It is from this constant intellectual ferment that the real strength and excitement of science springs”.

In conlusion, I would just add that:

– as long as the legislation forces us to use the same ideas and models to assess risks or investigate accidents… we will have to do so;

– as long as the urgency of circumstances forces us to protect ourselves with the same methods as a century ago… we will have to do so.

➡️ no one, not even ourselves, should limit our ability to expand the way we understand and analyze the reality ⬅️ 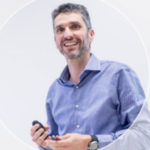 Jesús Ariza Jesús Ariza has a degree in Environmental Sciences and works as Safety Superior Technician at Mobilty Ado. He has developed his professional career in different areas of occupational health, safety and environment. He complements his work activity with participation in initiatives to disseminate and develop new visions and tools such as Safety II, FRAM, etc.

* The opinions expressed by the author are strictly personal and should not be construed as official views of Mobilty Ado or PRLInnovación. 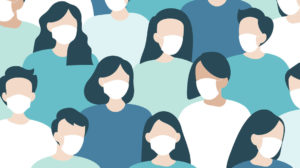 About pandemics, accident analysis models and (un)certainty: a model for COVID-19